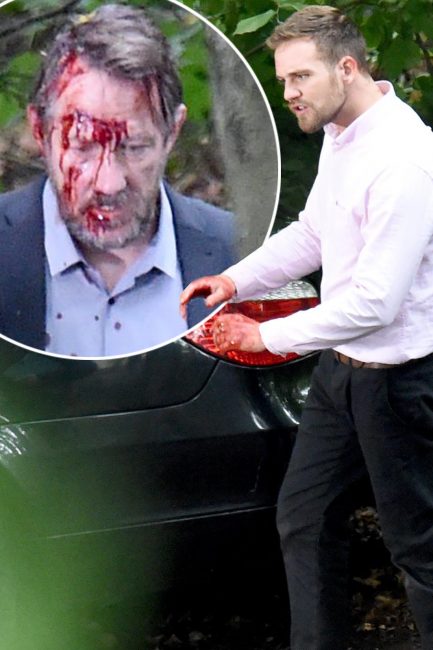 Coronation Street spoilers: Ali Neeson's hands were covered in blood during filming [MCPIX] Coronation Street fans have been given a glimpse into a shocking twist that could finally reveal the secrets Ali Neeson has been hiding since he arrived in Weatherfield. Pictures of actor James Burrows filming scenes for the soap on location showed him in the woods with blood stained hands standing next to a car that has crashed into the bushes. But he wasn't alone as ... With thanks to our Friends over at : TV Read the Full Story : Click here