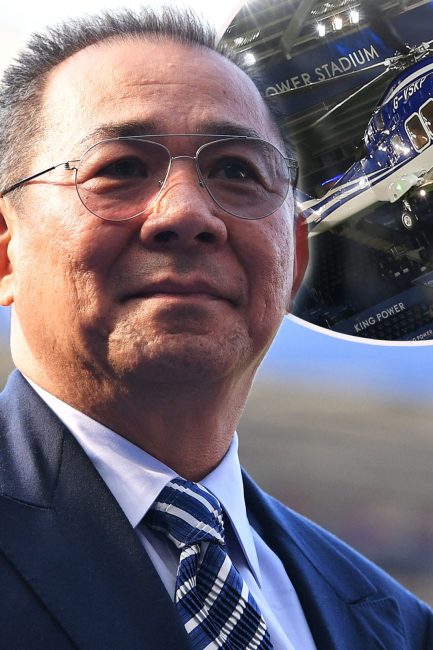 Vichai Srivaddhanaprabha's helicopter went up in flames  [Getty]   Leicester City Football Club owner Vichai Srivaddhanaprabha’s helicopter went up in flames outside the King Power Stadium after last night's football match between Leicester and West Ham.  The owner's personal chopper was seen taking off from the pitch after the 1-1 draw.  Shortly after take off the helicopter reportedly lost control, crashing and bursting into flames.  Police ... With thanks to our Friends over at : All Read the Full Story : Click here