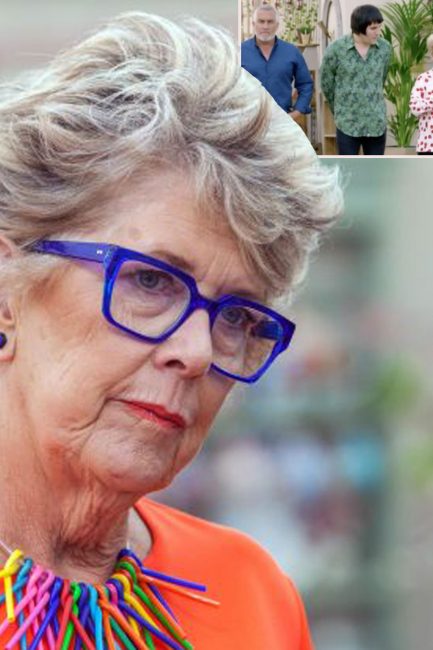 Prue Leith was absent for half of GBBO on Tuesday [Channel 4] The Great British Bake Off judge Prue Leith missed out on some significant showstopper bakes as she was forced to abandon filming for a chunk of the episode. Tuesday’s programme saw a brutal double eviction, with Terry Harthill and Karen Wright given the boot. Yet neither had chance to show off their skills to the cook in the epic final challenge, which saw them tasked with creating a suspended chandelier of ... With thanks to our Friends over at : TV Read the Full Story : Click here