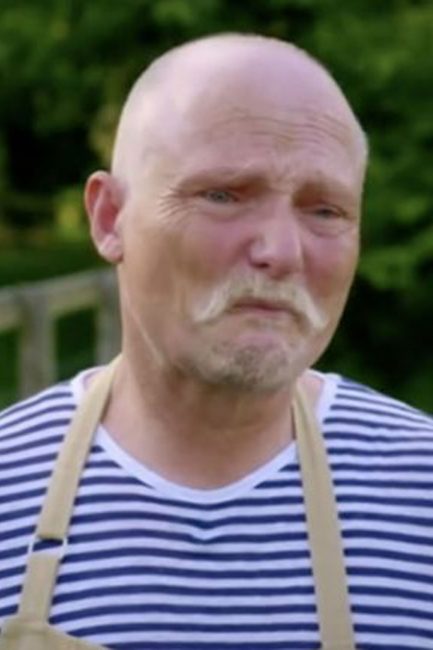 Great British Bake Off: Terry Harthill broke down in tears after being eliminated [Channel 4] The Great British Bake Off star Terry Harthill broke down in tears at the end of the show as he spoke about his late wife.  Terry, 54, had been hiding a secret heartache on the Channel 4 baking show as his beloved wife Joanna passed away in April last year from cancer aged just 52.  The retired prosthetic technician became the latest baker to leave the competition alongside Karen ... With thanks to our Friends over at : TV Read the Full Story : Click here