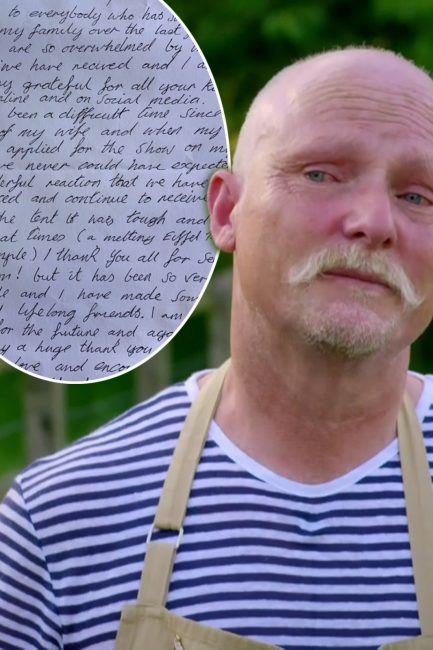 An emotional Terry discussed his wife during his interview on Bake Off [Channel 4] [Channel 4] The Great British Bake Off star Terry Hartill has thanked his fans and the baking show for helping him through his grief after the death of his wife. Terry sadly lost his beloved wife Joanna to cancer last year in April, according to The Mirror.  The Channel 4 show’s official Twitter page shared the handwritten letter from 56 year old Terry, where he opened up on ... With thanks to our Friends over at : TV Read the Full Story : Click here