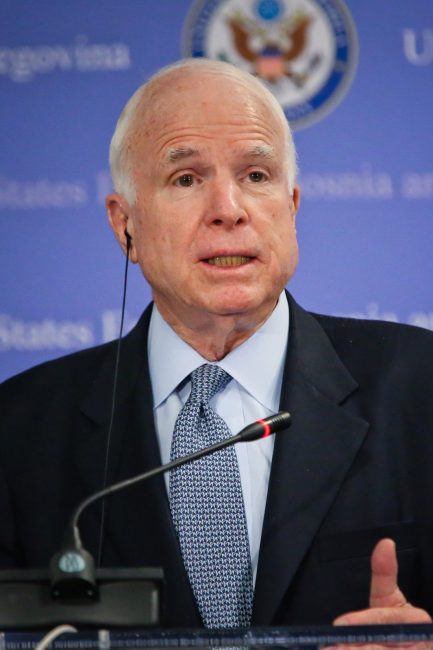 John McCain has died at the age of 81 [Getty] A statement from John McCain’s office announced that he died on Saturday 25 August.  The US senator was surrounded by his family at his ranch in Arizona when he passed away following a battle with brain cancer.  The statement read: “Senator John Sidney McCain III died at 4:28 p.m. on August 25, 2018. With the senator when he passed were his wife Cindy and their family. At his death, he had served the United States of America ... With thanks to our Friends over at : All Read the Full Story : Click here