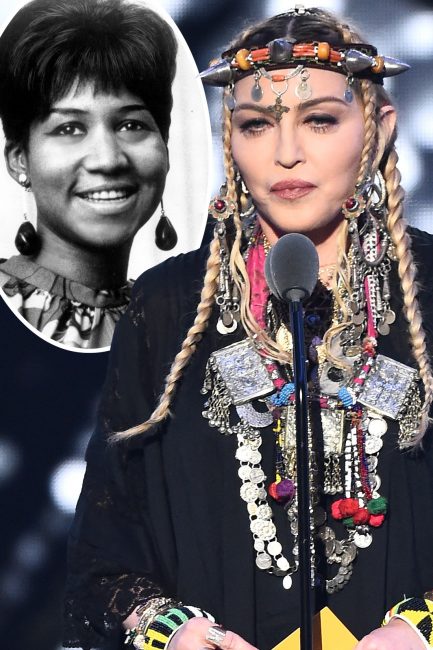 Madonna was slammed for her Aretha Franklin tribute [Getty] Madonna took to the stage at the MTV VMAs to pay tribute to musical legend Aretha Franklin, who passed away at the age of 76 following a battle with cancer.  However Madge, who just turned 60, was slated online for her incredibly bizarre tribute to the Queen of Soul – as fans accused her of “paying homage to herself” rather than to the iconic singer.  Beginning by stating she was inspired by Aretha, ... With thanks to our Friends over at : All Read the Full Story : Click here