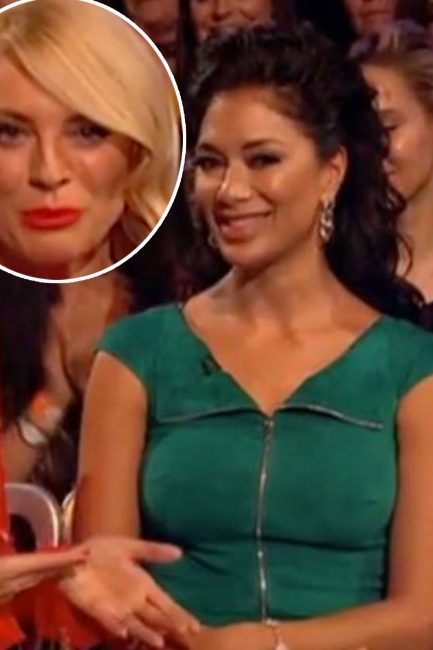 Strictly: Nicole Scherzinger and Tess Daly appeared to have an awkward encounter [BBC] Strictly viewers were stunned to see what appeared to be a prickly exchange between Tess Daly and Nicole Scherzinger on Saturday night's show.  Nicole, who previously won the US version of the BBC competition, stunned fans when she made appearance in the audience to support her former Pussycat Doll's bandmate Ashley Roberts.  When Tess came and sat down next to Nicole for a short ... With thanks to our Friends over at : All Read the Full Story : Click here