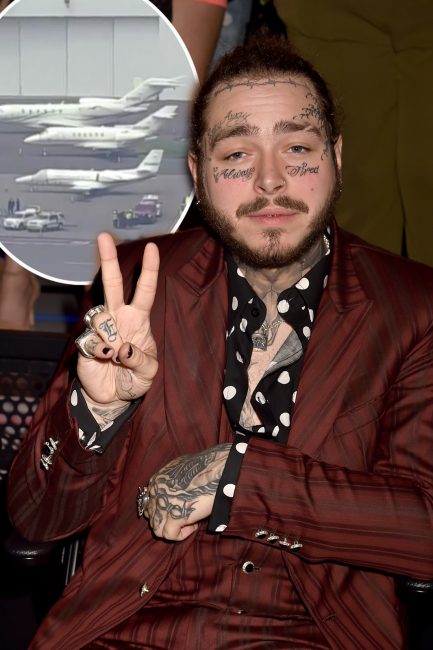 Post Malone's private plane ‘to make emergency landing in New York after tires explode’ [Getty] Rapper Post Malone, 23, was reportedly travelling from New Jersey to London in a private plane when the back two tyres of the aircraft exploded, according to TMZ.  The tyres are reported to have blown during take-off, resulting in the plane needing to make an emergency landing.  TMZ reports that the aircraft was told to fly to Massachusetts to burn off more ... With thanks to our Friends over at : All Read the Full Story : Click here