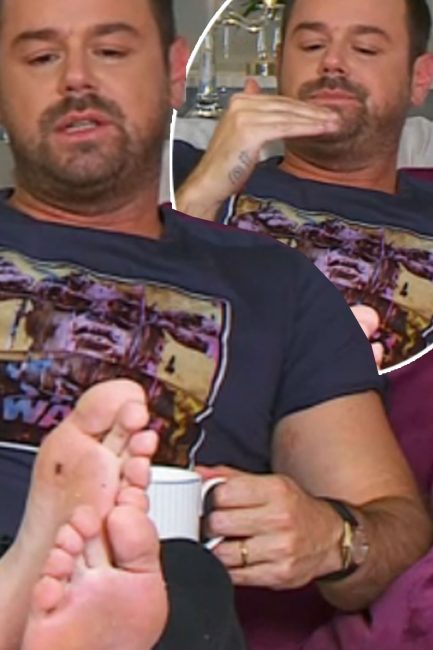 Danny Dyer had a showdown with a fly on Gogglebox for Stand Up To Cancer [Channel 4] Danny Dyer was seen swearing at a fly during Stand Up To Cancer 2018’s Gogglebox, as daughter Dani Dyer was left in stitches. The EastEnders actor was joined by his Love Island daughter for the special edition of the series, and they did not disappoint. As a fly began buzzing around them, Danny shared his dislike of the bug. Danny Dyer was furious with the fly during Gogglebox [Channel 4] ... With thanks to our Friends over at : TV Read the Full Story : Click here