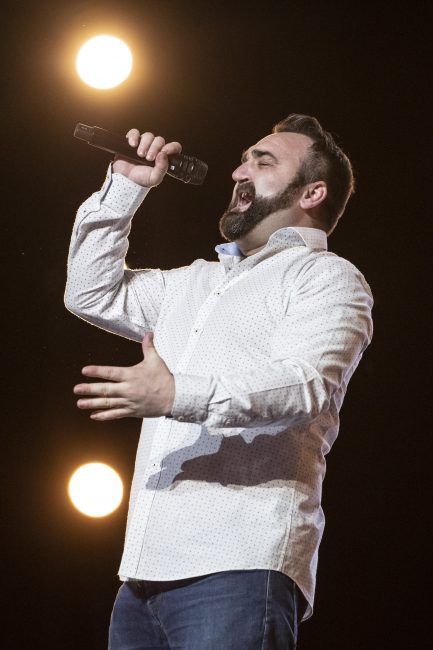 Danny Tetley's performance was interrupted  [ITV] The X Factor suffered a major blunder on Saturday night’s first live show, after an act was called by the WRONG name. Cringeworthy scenes saw powerhouse Danny Tetley stand on stage to begin a version of Mariah Carey’s Hero – but the famous voiceover artist accidentally announced Anthony Russell instead, who had already taken to the stage.  Danny was completely thrown off, and awkwardly had to STOP singing and ... With thanks to our Friends over at : TV Read the Full Story : Click here